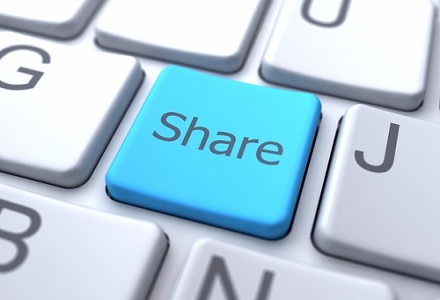 “Great satisfaction comes from sharing with others.”
May 26, 2015

I do not know who stated this quote, but it relates to the field of social media quite well. When we view something that we like, we want to pass it on to our friends. How many conversations have you had where you or a friend bring up something that was shared on your social media timeline? Speaking for myself, it happens often. But, getting down to the bottom of it, what exactly makes us share content to begin with?

As Moon points out in this article, it is all about relationships. The psychology behind it is that we tend to share things when we trust a source (hmmm… remember the blog I wrote about trust last semester? It’s all building blocks for the bigger picture!). Additionally, we may feel compelled to click the share button when we are entertained, care about a subject or it allows us to feel that we are connected with the world.

These diagrams show the organizations that experienced the most shares/retweets in January 2015. Why?

What works for Twitter and Facebook are two different things. Below is what I believe has allowed these companies to achieve success on the platforms.

On Facebook, PlayBuzz was shared more than 10 million times! PlayBuzz is entertaining by asking questions and providing those quizzes that friends use to flood your Facebook timeline. Of course you need to know what female celebrity you are! It would be a terrible thing to walk around thinking you are Emma Watson if you are more like J-Law.

Amidst the quizzes and entertainment also lies some relevant news stories. This example showcases the recent controversy over the Duggar family. 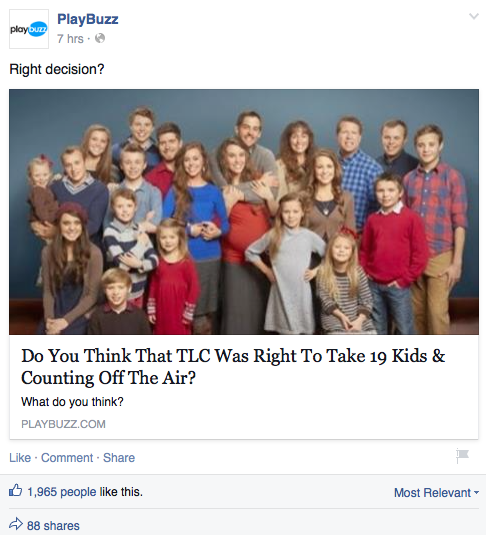 Next we find The Huffington Post and BuzzFeed. Personally, I find both of these news websites to be very entertaining and a good source of news for the Millennial generation. 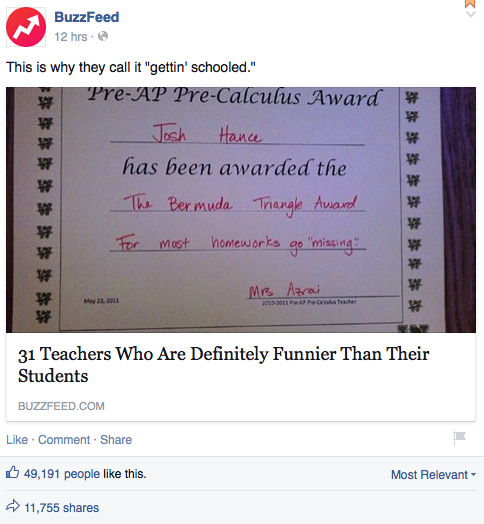 Frankly, this teacher wins Teacher of the Year in my book. I’m hooked and need to read this story! 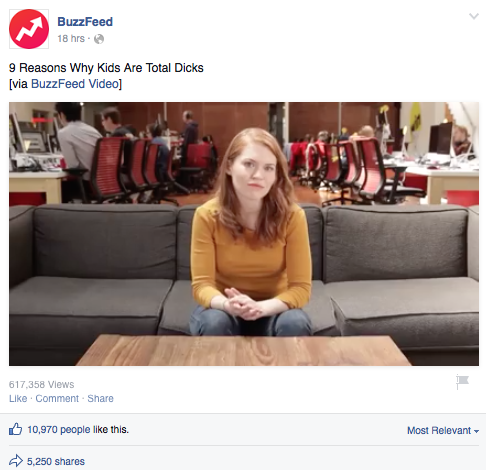 The headline caught my attention. “Why are you calling kids, ‘dicks’?!” I wondered. That didn’t seem cool. Once I watched the video, I was rolling. It was a well played headline that matched the video. 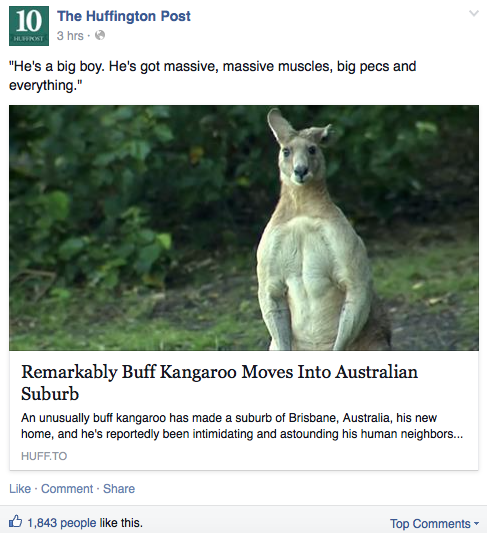 A BUFF KANGAROO?! Yes, I need to read this. 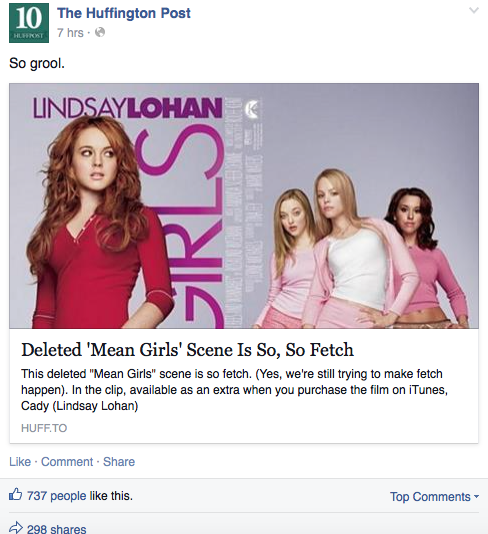 You better believe since Mean Girls is my favorite movie that I shared this with my friends! Ten years after the movie comes out and we get something new–totally fetch.

As I continued to explore the news organizations on the Facebook list, I realized that their content was seeing less and less entertainment mixed in with their serious news stories. 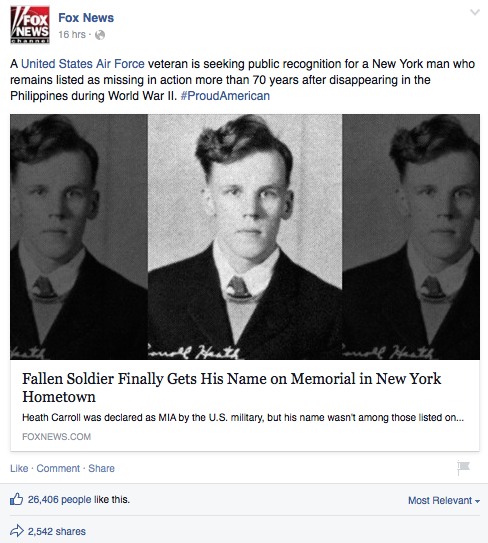 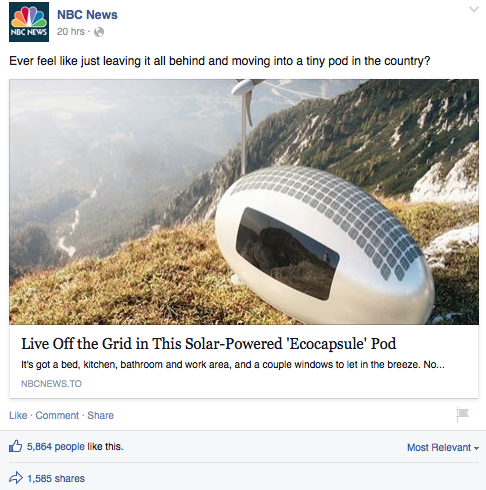 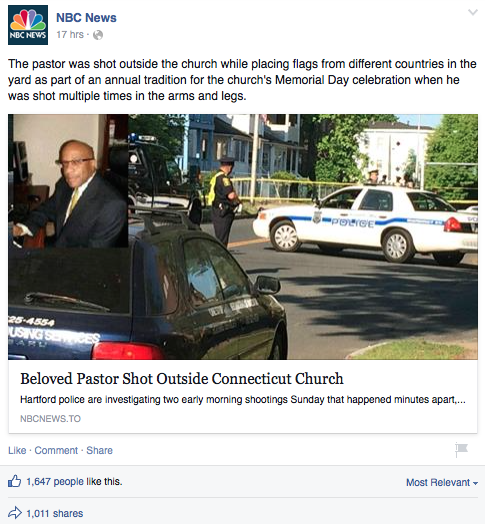 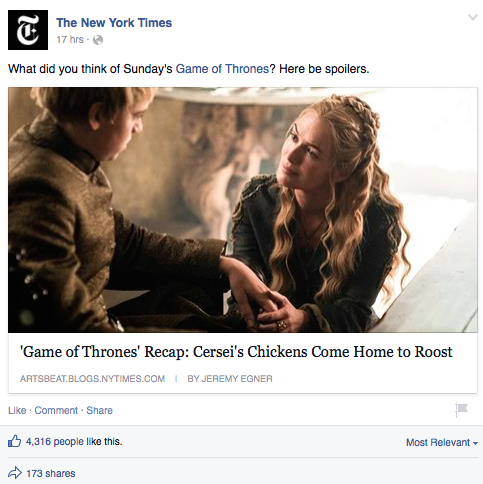 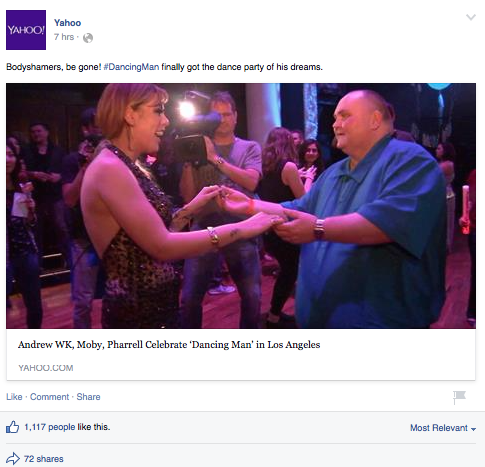 BBC does a great job of keeping their text to a minimum, including a link to their story and providing a visual. The content is interesting–note the opportunity to view the birth of honeybees and issue about chimps being illegally detained. 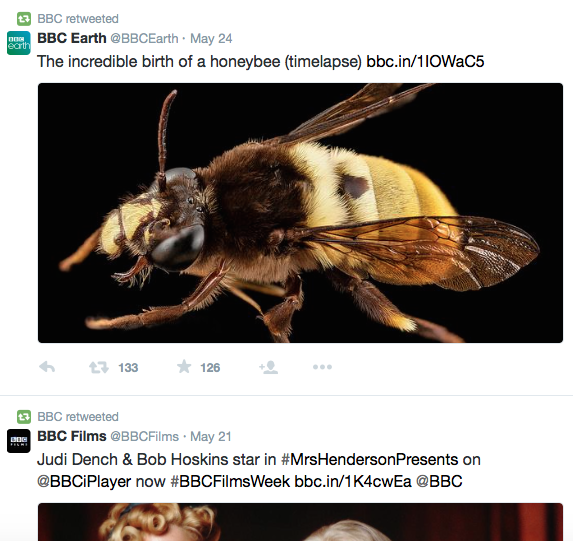 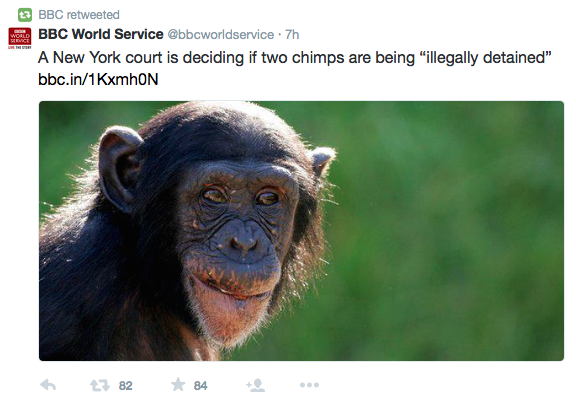 The New York Times is rather different from BBC on Twitter. The news source disseminates text with links and has less of a visual presence than its competitors. However, they provide great updated coverage to stories. 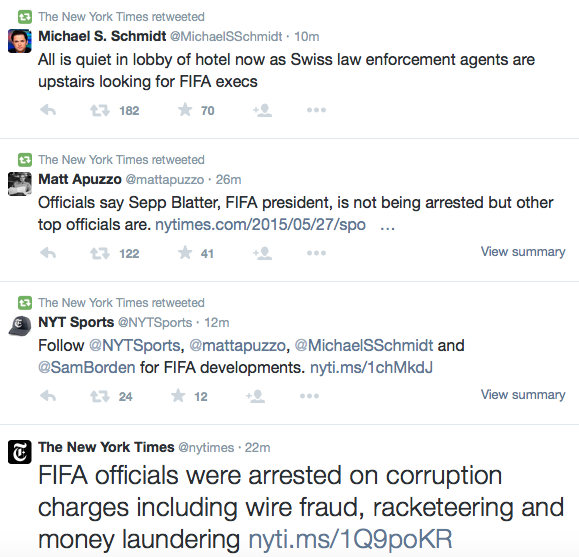 Like the New York Times, Mashable tends to have less imagery, but their stories are of a higher entertainment value. It is unlikely that you would see some of the stories broadcast by a more serious news account. Example: A teacher willing to cancel the final exam if Taylor Swift calls him. 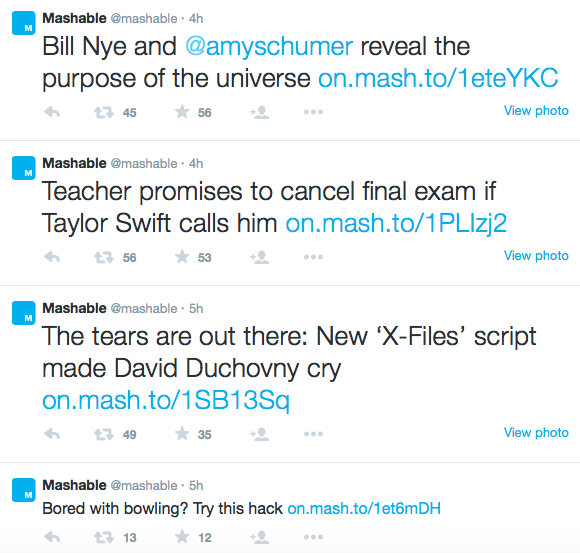 As you’ve viewed the different screen shots, what have you noticed that all of these sources have in common? The answer is captivating headlines, strong imagery and they are asking questions! These posts, more often than not, are media-rich. What it also boils down to is knowing what works on each platform–sometimes even using the platform’s native language to speak to your followers.

As a social media student and manager, I can use these news organizations as an example. By knowing the audience of my brand, I will have more success which can equate to higher engagement rates. It is about providing the audience with the news but also ensuring that there is an entertainment value mixed in so that our account is fun to follow. I believe what can be successful to post also depends on what is currently trendy–like quizzes–and using that to come up with content to share. 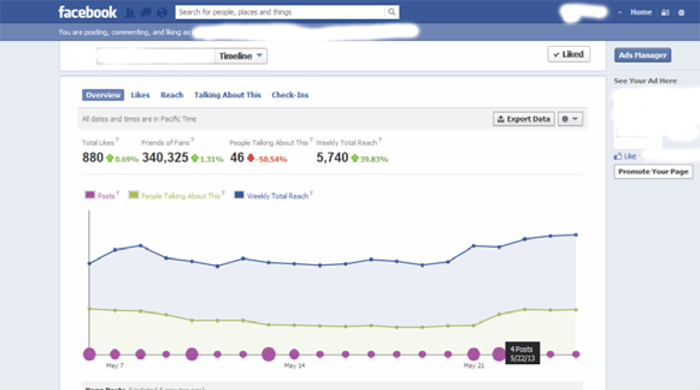 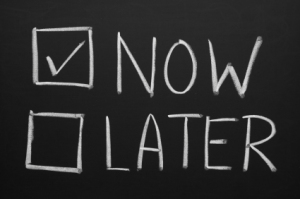