This is our game, even though our feet may not be adorned with cleats and physically be digging into the clay at one of the thirty ballparks—lucky for our mothers who would cringe at our grass stains. As a fan, it is our decision who gets to forgo a few days of vacation to take a trip to the coveted MLB All-Star Game, preluded by the monstrous Home Run Derby.

All thirty teams tempted to woo fans for their vote using clever hashtags and content on social media. These campaigns started months ago and even carried into our living rooms via our television with signs decorating the backstop of the field declaring, “#VoteAltuve” and “#VoteRox”. These campaigns and hashtags became so important to the teams, that their Twitter name (not to be confused with handle) was even changed to reflect their mission.

Fans had the opportunity to vote up to thirty-five times online, and one particular team’s fans took advantage which had some predicting that the entire Kansas City Royals team, minus two positions, would be starting the All-Star Game in Cincinnati. This caught the eye of Major League Baseball who wound up throwing out between 60 to 65 million of the already 300 million ballots cast on the premise of possible cheating—and for the record was not necessarily due to Kansas City fans. It should be noted that Major League Baseball, as a standard practice, tries to monitor and identify fraudulent votes every year.

For eighty-six years, the MLB All-Star Game has been played. But, 2015 was the first year that Major League Baseball practiced an online only form of voting. Essentially, this game is being constructed by the digital world! In the final five vote to determine who would be the very last player elected to each team, fans were able to easily share who they voted for by wearing their digital badges proudly and tagging their posts with special hashtags provided by the League.

A surge in youth has electrified Major League Baseball and breathed into it new life—not only through the digital landscape but also on the field. The youth movement took center stage at this year’s Home Run Derby and All-Star Game.

During the All-Star Game, a vignette ran showcasing players that were born in the 1990’s. This made a lot of fans feel old, especially with Kris Bryant’s quote, “I’ll never make a mixtape.” Literally.

"VCRs? Cassettes? What are these artifacts?" The youngsters have taken over the #ASG presented by @TMobile. pic.twitter.com/jKXnVjDC1s

MLB even created what is known as a SnapBat for the All-Star festivities where players could hold up the glorified selfie stick (it looked like a bat, hence the name) and show fans that were plugged in to the League’s accounts a different angle of the events.

With as youthful as the players are, some of them are already writing history in front of our very eyes. Mike Trout is 23. Ask almost any baseball fan and they will tell you that he is the best player in the game today. It is no small feat to become the Most Valuable Player (“MVP”) at the All-Star Game, and Trout did that not only in 2014 but repeated this year in 2015. This solidified him as the very first player in the history of the game to win back-to-back MVP titles at the All-Star Game. Trout inducted himself into a very small club of gentleman whom you may be familiar with: Willie Mays, Gary Carter, Steve Garvey and Cal Ripken, Jr. What do they have in common? They have all won two All-Star Game MVP titles—just not back to back like their young successor.

So what does old mean then in terms of baseball? Five time All-Star Torii Hunter just found out the hard way. Turning forty means he is a relic in the game.

Leading up to the festivities, what did the young fans of the game predict was going to happen? A survey was created and distributed through personal accounts after all of the players in the events were announced and it circulated for three days—being shared by friends and followers on both Twitter and Facebook. The results were not too far off.

When the voice in Field of Dreams whispered, “Build it and they will come,” they probably did not picture the flood of possibilities that young people are creating for Major League Baseball on the field and through the digital universe. While in all technicality, Nielsen reports that the 2015 All-Star Game drew record-low television ratings for the event, Millennials are ditching their television sets at a high rate and that rate continues to climb each year. This did not stop the All-Star Game from trending on social media—more specifically the 23 year old phenom known as Mike Trout. Thousands, yes thousands, of tweets were flying out every minute. Nielsen’s daily Twitter TV Ratings report showcased that 606,000 tweets were made about the game, reaching more than 7 million unique users on the evening of July 14th.

Young people are engaged with Major League Baseball, and they are helping to shape the game.

More proof can be found in the pudding when MLB Communications revealed that seven out of the top ten most popular player jerseys from the first half of the season belonged to the kids of the game.

Here are the 10 most popular player jerseys from the first half, including debut appearances for Bumgarner & Bryant: pic.twitter.com/EtnsvRL4gC

All of this, and they are just getting started.

Find out which 2015 MLB All-Star you are by taking the quiz now!

* MLB did not reply to numerous attempts to get approval to run images, logos or videos from the game via email or telephone calls. Therefore, since use of this content was not approved, no images can be sent out via Twitter or Facebook. Content used in this article is embedded directly from the source. 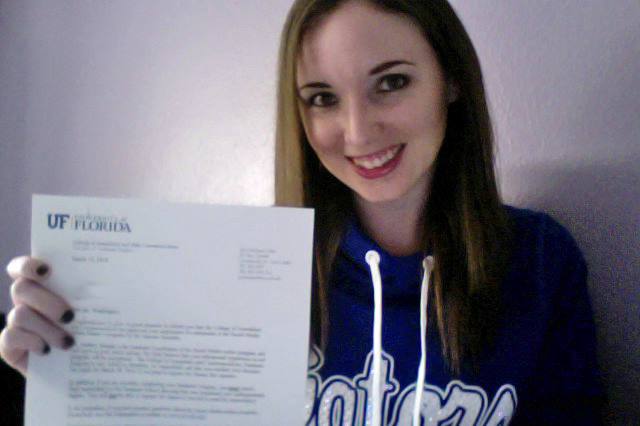