I just wanted to express my gratitude for the sacrifices that so many men and women have made in order to afford me with my freedoms. I am very thankful for everything these brave people have given us!

I like to share stories with people–I write blogs, so OBVIOUSLY! haha. But, today it is with the hope that whoever reads this can take something away from reading it and that the memory and story continues to reach different generations of individuals.

Before I start, I just want to recognize my father who is a Vietnam Veteran and earned a Bronze Star for his heroic service. He doesn’t choose to share his story with people, so I will honor his decision and refrain from sharing it too. My dad hates bringing Vietnam stories up because he lost a lot of friends and went through a lot of scary times. Again, I am thankful for all of those that serve and go through all of those terrors so we can sleep easier at night.

The story that I want to focus on and share with everyone is about a man named John Washington–who was my grandfather’s cousin. I’m terrible at figuring things out, but I believe that makes him my third-cousin? Anyway, my grandfather passed before I was born so my grandmother is the one that has passed the story down to us about the selfless and noble man who was on a ship during World War II in the 1940’s.

As it turns out, this man, John Washington was a Catholic priest and a Lieutenant in the United States Army. One of Father Washington’s sisters was to become a nun and my grandmother says that Father Washington even helped her out financially to realize her goal.

In 1943, Father Washington boarded the USAT Dorchester that was transporting troops to Greenland. On February 3, 1943, the USAT Dorchester was struck by a German torpedo. Father Washington and the other three chaplains that were aboard the ship escorted the soldiers to the lifeboats. When it was discovered that the ship had run out of life vests, Father Washington and the other three chaplains handed over their vests. Eyewitness accounts say that the last anyone saw of the Four Chaplains, they were standing linked arm in arm as the ship went down in the Atlantic.

That story always made me feel really proud that someone who is related to me by blood could do something so courageous and generous. He wanted to save others and put them before himself. What an amazing person. 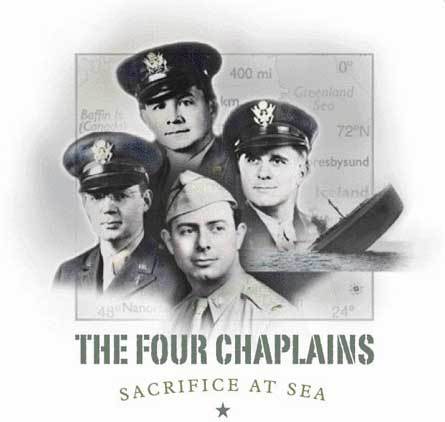 1 thought on “Thank you, Veterans!”