For starters, I’m not exactly sure how this post should begin. I don’t want to call it eye-opening or a reality check. It is life. Maybe the best way to word it is as a reminder. A reminder that we have so much–despite trivial “problems” that occupy our days.

Saturday I felt like a big baby. I was glad that I had sunglasses on because I do not recall how many times I found myself tearing up but by the end of the day I just felt all cried out and truly appreciated everything that I have.

During the earlier part of the day, I was driving in a golf cart and testing out the GoPro my employer rented. One of our gracious volunteers stopped me while I was passing through his barricade and asked if I could give a group of three individuals a ride down the street to the Crafts show. I told him yes. They jumped in and I asked them if they were heading to the Crafts show and they said yes and told them I was headed down there too and the ladies voice shouted, “Really?! Wonderful!” She was so ecstatic that I was offering them the ride. They thanked me a hundred times. They didn’t know that my camera was on.

I was walking around taking photos for our website, social media and next year’s souvenir program and the husband of the woman spotted me. He came up to me and thanked me again and whispered that his wife was just diagnosed with stage four cancer, that it had spread to her lymph nodes and was undergoing chemo so walking for long periods of time and far distances is not do able for her. That took the breath right out of me. How do you properly respond to that. All I could say was that I was very sorry to hear that and I was glad that I was able to help them. I had to stop taking photos and go for a walk to just process the words.

Later that afternoon I took my Grandma over to see a 9/11 mobile exhibit that was joining our festivities this year. Some of our American soldiers were serving as grand marshals in the parade that evening and I happened to overhear a man say, “That is a true American Hero right there.” I turned to see a gentleman in a wheelchair missing both of his legs. I immediately knew that he was one of the soldiers that came to our event to help us try to raise money for an organization called Building For America’s Bravest–they build smart homes for the returning servicemen who have been catastrophically injured. I walked up to the man and I thanked him for his service. His reply was, “No problem.” Then, he smiled. I smiled back and walked away. Again, tearing up. No problem?! His life will never be the same because of the terrors he experienced. That is something that only a truly amazing and self-less human being can say. An honor to have met him.

I wanted to leave you with this: “Every moment and every event of every man’s life on earth plants something in his soul.” – Thomas Merton 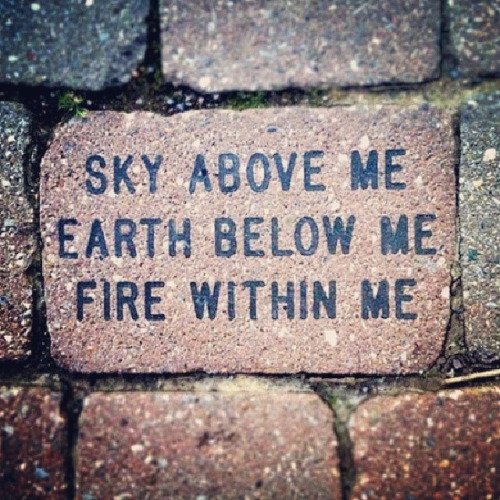