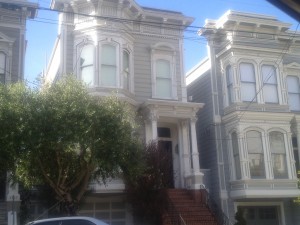 Photo: From my trip to San Francisco in January 2012.

Song: “Forever” – Jesse and the Rippers

Story: I love Full House. I even made it a point that when my Dad and I went to San Francisco for the 49ers vs Giants for the 2012 NFC Championship, we find the Tanner’s residence. It was pretty neat. I’ve heard now, though, that the owner’s of the house have painted it purple? That almost ruins childhood. I would have been SO crushed if I drove up to the house and didn’t see it looking similar to when the television show used it’s image as their home haha.