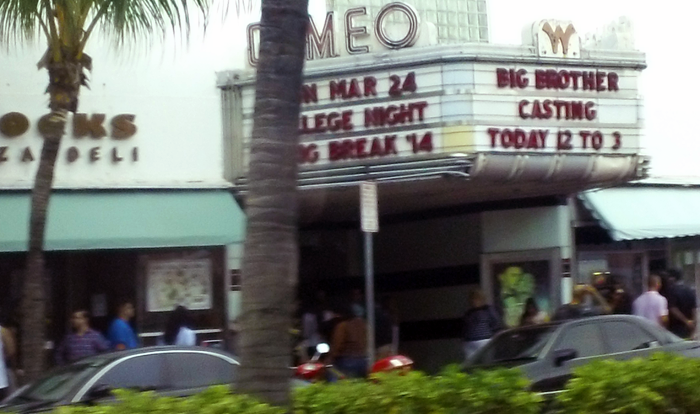 People always tell me that I’m crazy for wanting to be a Houseguest on my favorite reality show, Big Brother. It’s more than a bazillion cameras watching your every move, more than the lies and manipulation that takes place, more than being a great competitor… it’s about playing the game.

I may not be great at video games, or chess– who really plays that anymore–but I think I would be great at playing Big Brother. I have an interesting background, I love to dress in silly costumes, and… well I’m going to stop there because if I’m ever lucky enough to be a Houseguest, I can’t put all of my cards out here on the table for anyone to steal my strategy, now can I? Well, I could, but that would be bad game play. No one ever wins by showing others their cards.

As a fan, I have submitted a video for casting for the past few seasons. I decided that it would be amazing to experience what the casting process was like in person at the Miami Beach date for 2014. I jumped in the car and drove a little over two and a half hours to Cameo Night Club by myself.

When I walked up, the line didn’t seem very long and I was shocked. I had planned to get to the casting around 11:30am, before the noon time that was listed on the official casting information. However, the parking situation had other plans and I actually got in line around 12:20pm.

I have read many casting blogs and listened to Dan’s podcasts about what to expect–along with their do’s and don’ts–so I kept my lips shut and paid close attention to those around me. I was lucky enough to meet several really cool people who were also big fans of the show. I was hoping that I would meet someone else who was also watching Big Brother Canada 2 so we could discuss the Houseguests–but nobody I spoke with had seen an episode. WHAT IS WRONG WITH THEM?! Right?! ;o)

After about an hour, I realized we had not moved a single step. I stepped out of the line a little bit to peek further up. I counted less than twenty people. Suddenly a familiar voice walked by saying, “Hi guys!” I turned to the people behind me and we all lit up with grins! It was Amanda Zuckerman from Big Brother 15. I wasn’t personally a fan of Amanda’s during the show, but after meeting her, it changed my opinion of her–she’s a really nice person. While we were all waiting for our turn inside, she came by asking us questions like, “What made you guys think that I was a villain? Was it Bubby?!” I shook my head yes–because that was part of the reason I wasn’t a fan of hers during the show. I KNOW Big Brother is a game… but I think everyone felt bad for Elissa when that happened. Amanda went on to explain to us that she didn’t mean anything bad by it–it is a game and that was the strategy she used. I asked her if I could snap a quick photo with her–and I’m such a hot mess from being in that heat all day. I’m super lucky I didn’t burn. But, hey… it’s not every day that you get to have this experience with your favorite show! 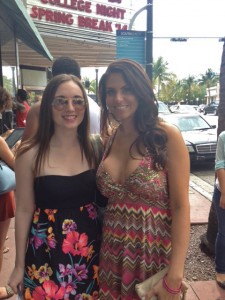 I’ll make the whole line-waiting process description short: I did not get grouped in the waiting area until about 3:30pm when the casting was supposed to end at 3pm. That’s right, I waited there for over three hours before anything happened.

The casting team handed us half sheets of paper along with a pen. On one side of the sheet of paper had our number. Mine was 75–which was awesome since I hate even number–except 10. Thought maybe that could be a good omen. 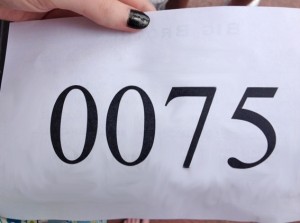 I blurred my answers on the back of the sheet because, again, no cheating! I’m not sure if all of the different casting events ask you the same questions since this was the first time I was able to go to an in-person call for the show, but this should give you an idea of what to expect to answer. 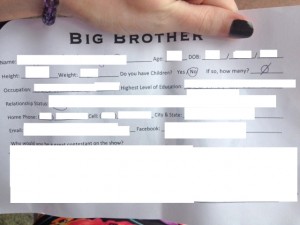 After we were done filling out our paper, we were ushered in to a waiting area. There were four of us… me and three guys. Two were older, and one was younger. One of the casting people came out side, I guess they realized how many more people still needed to be seen, and said that the groups were going to be growing from 4 to about 6 or 7. They took the younger guy and one of the older guys from my group and brought them in to join the group before us. From outside, they brought in 5 more people to join my group… one guy and 3 girls.

From the first waiting area, one of the casting people finally came out to get us and then ushered us in to an area with a couch and instructed us to all sit down. She went over how they really want everyone who comes to the castings to just be themselves. She also asked us some questions like, “Who is your favorite Houseguest?” and “Have you ever auditioned before?” I told her that I have sent in videos in the past and this was my first time at an actual casting. She said that they DO watch every single video that they get–so those of you who have only applied online… they WILL be watching your video! She also told me that there are not any advantages for doing one casting over the other since they watch all of the videos and meet all of the people. After she was finished talking with us, she took us one by one over to a wall and we had to hold up our numbers for a photo–ermm… more like a mugshot, actually.

From there, we moved over to the lead casting director who was in charge of the Miami Beach auditions. He was REALLY nice and joked around with all of us. They want you to feel comfortable while you are there because they want to see who YOU are. There was one girl in my group that I was a little annoyed with during the process because you could tell she was trying so hard to be someone that she wasn’t. They told us they can see through that since they have been doing this for so long so I would encourage people to LISTEN to the casting people when they tell you things because they are telling you for a reason.

The questions are not hard that they ask–so don’t be discouraged or afraid to go to a casting. Just be yourself. Have fun. If you are a fan of the show, like me, then you’ll have a great time no matter what happens! You’ll also get to meet other big fans!

Some of the questions asked:
Are you single?
Are you more excited for _____ or ______?
Who would you evict?
What makes you good for the show?

All in all, I had a great time. I hope that if you have the opportunity to go to an in-person casting, you do so. It’s always exciting to see what process and behind-the-scenes things the Houseguests have actually gone through to get to be on the show. 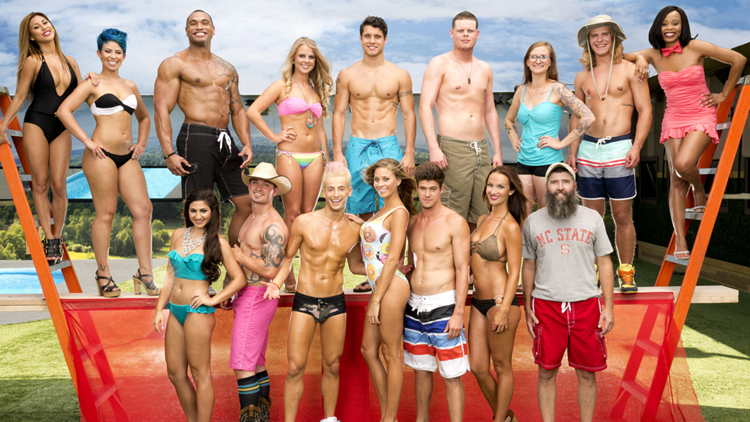 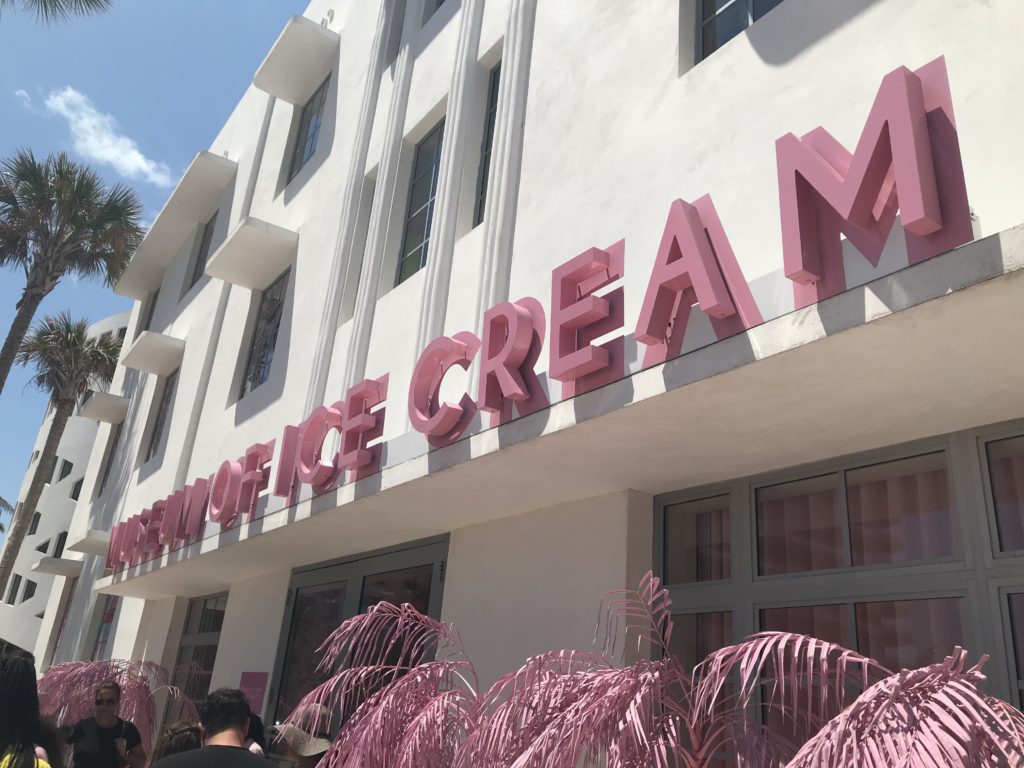