Skip to content
“Scars are souvenirs you never lose, the past is never far.” – Goo Goo Dolls, “Name”

This past weekend I made my way to Orlando with the mission of finally getting the tattoo that I’ve wanted for nearly a decade in the city where my life changed. So many people tried scaring me away from doing it but I’m so happy that I finally decided that it needed to happen. Ten years to me, is a very big deal. Ten years ago I was laying on an operating table facing an uncertain future. I had struggles getting through everything post-surgery (most mental). So for me, realizing where I am now… I want to celebrate the road that led me to who I am today because I am so proud to be this woman. I know how strong I have become.

When people learn that I’ve had an extra electrical pathway in my heart burned out, they immediately look at my chest to see a scar. They then of course act a bit suspicious and ask where my scar is. The scars from the ablation are on my legs–3 on one leg and 2 on the other. As time has passed, the scars have of course faded.

I have a print out of my EKG from after my heart began functioning correctly. I took that to the tattoo shop and had them put one of the cycle’s on my ribs near my heart. The beat itself wasn’t perfect but to me it is beautiful because it was the very first time that my heart was learning to work without being challenged. We made some slight artistic modifications (like pointing the P and T waves since they were more rounded in my EKG).

It’s funny because ever since I got the tattoo, every time that i look in the mirror, it feels like it has just been part of me forever. No regrets. Because the scars on my legs are not as visible as someone who has a scar on their chest, I hope when people see the tattoo (if I’m at the beach or wearing a deep sleeve tank), they get curious and ask. I’ve found that I love talking about what happened to me now because it spreads just this overall awareness. What I had was so rare. I know other people are fighting to survive and on the road to recovery and I want them to know everything gets better and more beautiful. 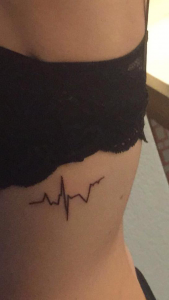 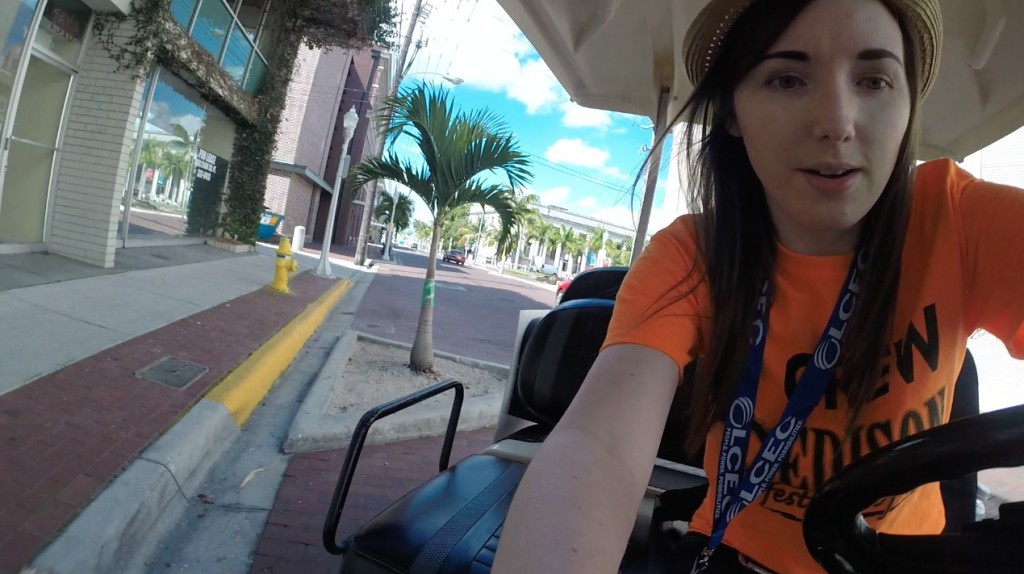